“Oh, wind, if winter comes, can spring be far behind?”  British poet Percy Bysshe Shelley,  Ode to the West Wind
Yes! Spring could be very far behind.  While the sandhill cranes showed up on March 11 and numbers of robins appeared at the orchard on March 20, spring appears to be far beyond the southern horizon.  There is an old saying that “spring moves north at 15 miles per day”.  Snow is forecast in Des Moines, Iowa next Sunday.  I don’t even want to do the math.
So most things are still stuck in winter mode. Apple and pear trees are dormant but their internal clocks are ready to shift into grow mode as soon as frost begins to leave the ground.  Strawberries are still covered with straw which tends to limit the amount of frost in the ground under the fields.  As soon as the snow melts the soil will begin to warm.  When soil temperatures reach the low 40’s it will be time to pull back the straw and let the strawberries grow.  Late springs often mean that when things finally get growing there is a steady progression and we don’t have to worry so much about setbacks like late frosts.  One can only hope.
Apple bloom walks and strawberry and pumpkin planting are still visions in our minds but we will be ready for action when spring reveals itself.  And after our somewhat long winter, we look forward to letting you know when activities will happen this season.  Things usually have a habit of catching up when the warm weather finally arrives. 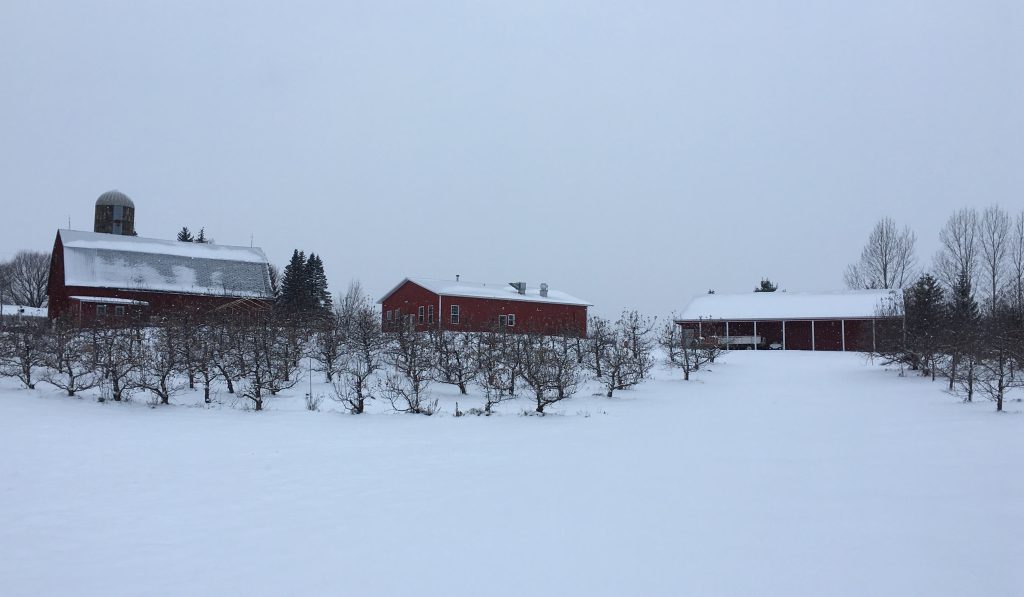